4 Reasons Winter is the Ideal Time to Have Trees Removed 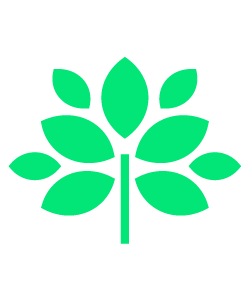 There are so many benefits to having trees around the home, but without proper care, tree debris becomes a flying projectile during storm season. If you do not know how to spot potential trouble in your trees, then you don't recognise when it is time to call on the help of a tree service. So, within these blog posts, you will find information written to help you keep your trees healthy and strong for a very long time. Learn how to spot the signs of tree disease and discover how pruning specific tree branches can make your tree stronger. Don't let a bad storm be the end of your majestic trees when tree education ensures they will live for decades.

4 Reasons Winter is the Ideal Time to Have Trees Removed

When people are thinking of having a tree removed from their property, they often assume that winter isn't the best time. After all, the weather will be worse and the ground harder. However, winter is generally the best time to have a tree removed. Choosing to have this job done during the colder months can actually end up offering a wide range of benefits covering everything from cost to completion time.

Here are just four reasons why winter is a great time for tree removal.

1. The Ground is Harder

You might assume that it's tough to remove a tree when the ground is hard, but the opposite is generally true. When the ground is warmer and softer during hotter months, it tends to be disrupted more widely when a tree is removed. In winter, the earth isn't disturbed as easily. Additionally, having harder ground underfoot makes it easier to move equipment around and remove large pieces of your tree.

During winter, deciduous trees shed their leaves and become bare and dormant. This makes them considerably easier to remove. The tree itself will be lighter during these dormant months, and the fact that all the leaves have already fallen will mean clearing up takes far less time. It's also easier to start cutting down branches when leaves aren't getting in the way. Since work tends to be easier and faster, you'll often end up paying less for tree removal during winter.

3. Avoids the Dangers of Poor Weather

During the winter months, you're more likely to suffer everything from strong winds to heavy snowfall to icy nights and mornings. Those conditions can all increase the risk of damage to trees as their branches become weighed down by snow and ice, then placed under additional pressure by the wind. There's no need to risk such damage if the tree is being removed anyway, especially if it's already dying. Remember, any large branches that come off a tree can end up damaging your property.

Trees aren't the only things that go dormant during the winter. The same is true of many flowers, shrubs and other plants common in residential gardens. Since there isn't any new growth, plants surrounding the tree that need to be removed won't be as vulnerable to damage. Additionally, accidental damage to any tree you want to keep won't be such an issue since cold temperatures help prevent disease and allow wounds to heal.

For more information, reach out to a tree lopper service near you.